A Box Camera Visit to the New Hebrides 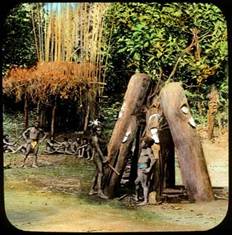 Our Spring – Summer 2009 – 2010 Photo Gallery focusses on late 19th and early 20th century images taken on the islands of the New Hebrides (now known as Vanuatu). These images were taken on half and quarter glass plate cameras, some of the original negatives surviving to this day. Many missionaries were quite accomplished photographers, and of necessity, carried out the developing and printing themselves. A number of negatives were in turn sent to TW Cameron of Melbourne, Australia and Newton & Co. of London, England to be made into quality lantern slides, some of which are shown in this gallery.  View & enjoy