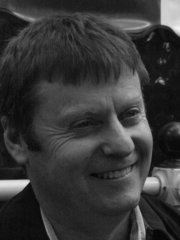 It has been a while since my last missive – the days tend to blend into one another at the moment.  I had three nights away in Auckland and Wellington and enjoyed the simple things like, drinking tap water from the tap, sleeping without giving thought to escape routes, and hearing that there were issues other than earthquake related ones!

It meant that I missed the Hagley Park memorial service (I have only just watched it since returning home).  I have appreciated the carefulness and thoughtfulness of the words offered by friends and colleagues – for instance, what God was in and not in.  It was good to see the appreciation for the help up and down the country, the Prince’s words, the heart-felt songs, and the pastoral care of the families who were also protected from the television cameras.  Our Presbyterian representative was the big-hearted and very able Rev Lapana Faletolu – while he was only given a few words to say he did so with depth and compassion.  It was good that our denomination could be represented in the event.  It was good to shed a quiet tear.

I have been a wholehearted supporter of the concept and timing of the memorial service.  It is time to move from lament to what is next before it becomes strange to be offering lament.  The next stage is, I suspect, something prolonged and for many a grind.  The novelty of the disruptive things has worn off – the shock has dissipated, the tasks before us continue to grow in their dimensions, the struggle to get around the city remains, the roads are warped and potted, the central city remains out of reach, many of our young people are in strange and distant schools (our Josh has to get two buses to get to Halswell and it takes an hour), and the threat of more damage rears its ugly head with every aftershock.

In our church we have re-introduced the idea of developing rhythms for the long haul – simple patterns of Bible reading, reflection and prayer – in order for us all to be sustained.  Our church building is badly damaged this time – we have been meeting in our hall since the quake, but when I informed everyone the other day that we probably will not be back in the church for at least two years there was an audible groan – the disruption is going to be long-lasting this time.

I have been thinking about resources for the grind. One resource is our reflexes – breathing, taking one step and following it with another, three square meals, Sabbath rest and the company of friends and family.  These simple but vital things help us trudge through the everyday grind.

I was talking with a colleague this evening about some of the challenges we face.  We were observing that the first reflex of people who have had their churches damaged is to rebuild or restore what was there before.  There is a lot of that kind of talk in the city.  The reflex is to bring back what was – people look to the near past and what was good in their memory and they want it back.  These memories are a comfort – thus there will be stone and brick churches based on a certain transplanted style of church that will pop up again out of the rubble (and they will attract a certain clientele – like the ones who want to get married in a pretty church!).

However my friend and I agreed that while looking backwards is an important mechanism for walking forwards that we need to learn to look back much further than the ideas and styles of our Presbyterian and other denominational forebears.  We have to rediscover what it means to be church rather than focus on what church buildings look like.  My friend and I agreed that we need to be reminded of Isaiah 51 and the call on the exiled, displaced, and vulnerable Israel to “Look to the rock from which you were hewn, and to the quarry from which you were dug.  Look to Abraham your father and to Sarah who bore you…”  My friend put it in a nutshell: this an opportunity for us to pack up our tents and go where God leads.

I am looking forward to what opportunities God has for us on this new terrain where our buildings have revealed their tiredness and the ground they are on along with the times we are in requires a new approach to being church.  The challenge of wooing people to think into new frameworks and possibilities mostly feels like a grind – people are tired.  But a door has been opened in this city’s devastation invites the willing to have a peek at what might now be possible.  And while it is complicated and risky it is also kind of exciting.  Exciting enough to open the door a little wider and to step across the threshold.